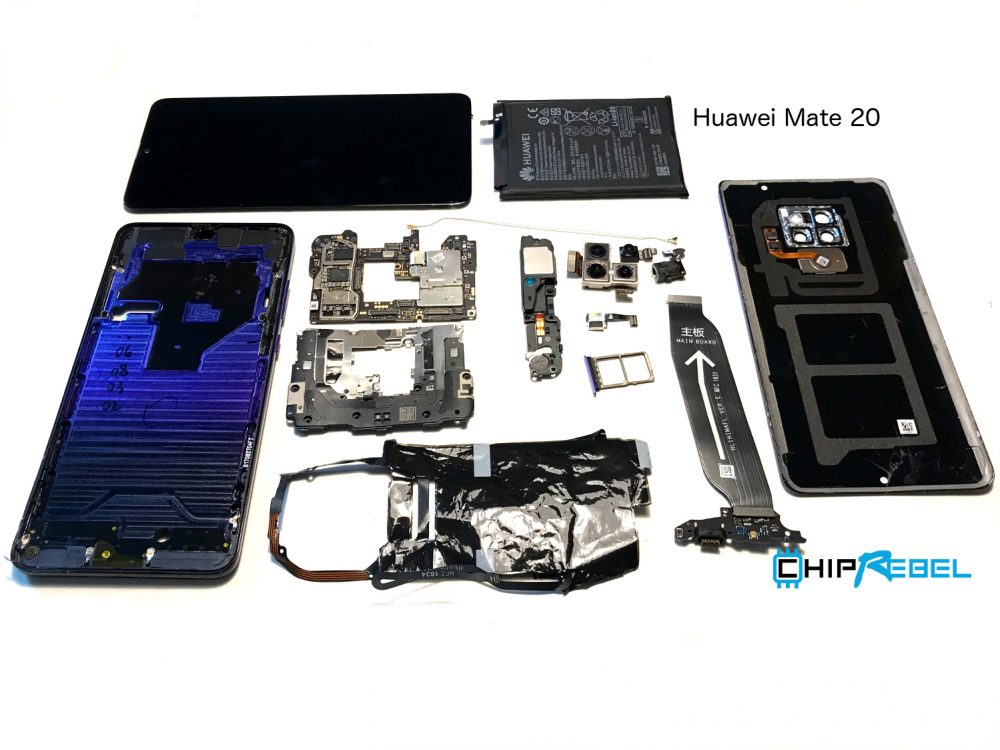 Enough about the Kirin 980 let’s proceed with the teardown of the Huawei Mate 20 model HMA-L29. This involves the 128 GB ROM version. Video of the complete teardown is shown here:

Inside the Mate 20 we find the motherboard with Huawei’s HiSilicon as the most represented supplier. The motherboard involves 10 layer multilayer PCB. 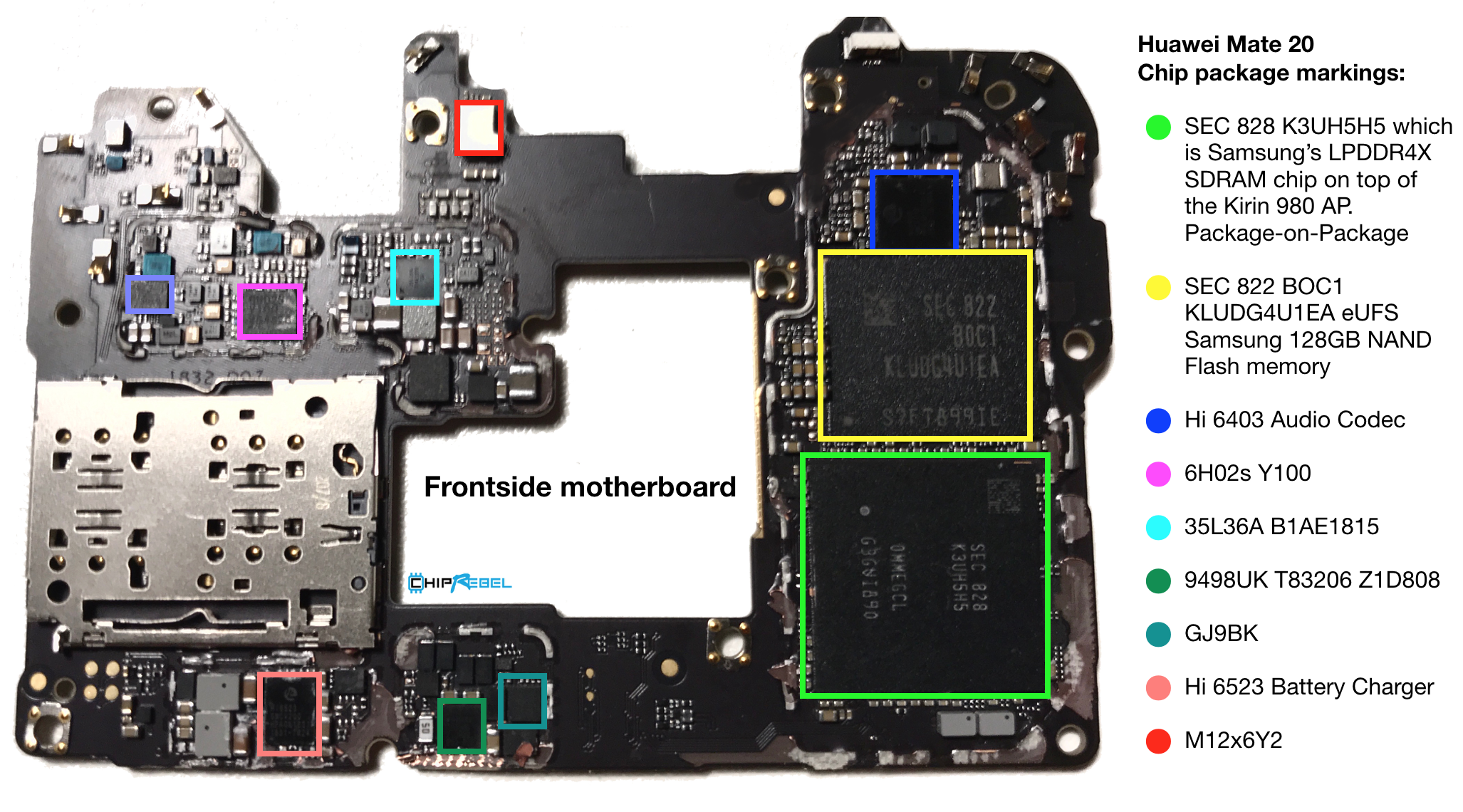 Starting with the device marked SEC 828 K3UH5H5. This is a Package-on-package (PoP) containing two devices. First is the SEC 828 K3UH5H5 which is the 4 GB LPDDR4x SDRAM memory. Underneath this memory in the same PoP the Application Processor (AP) is located. This is the HiSilicon Kirin 980. 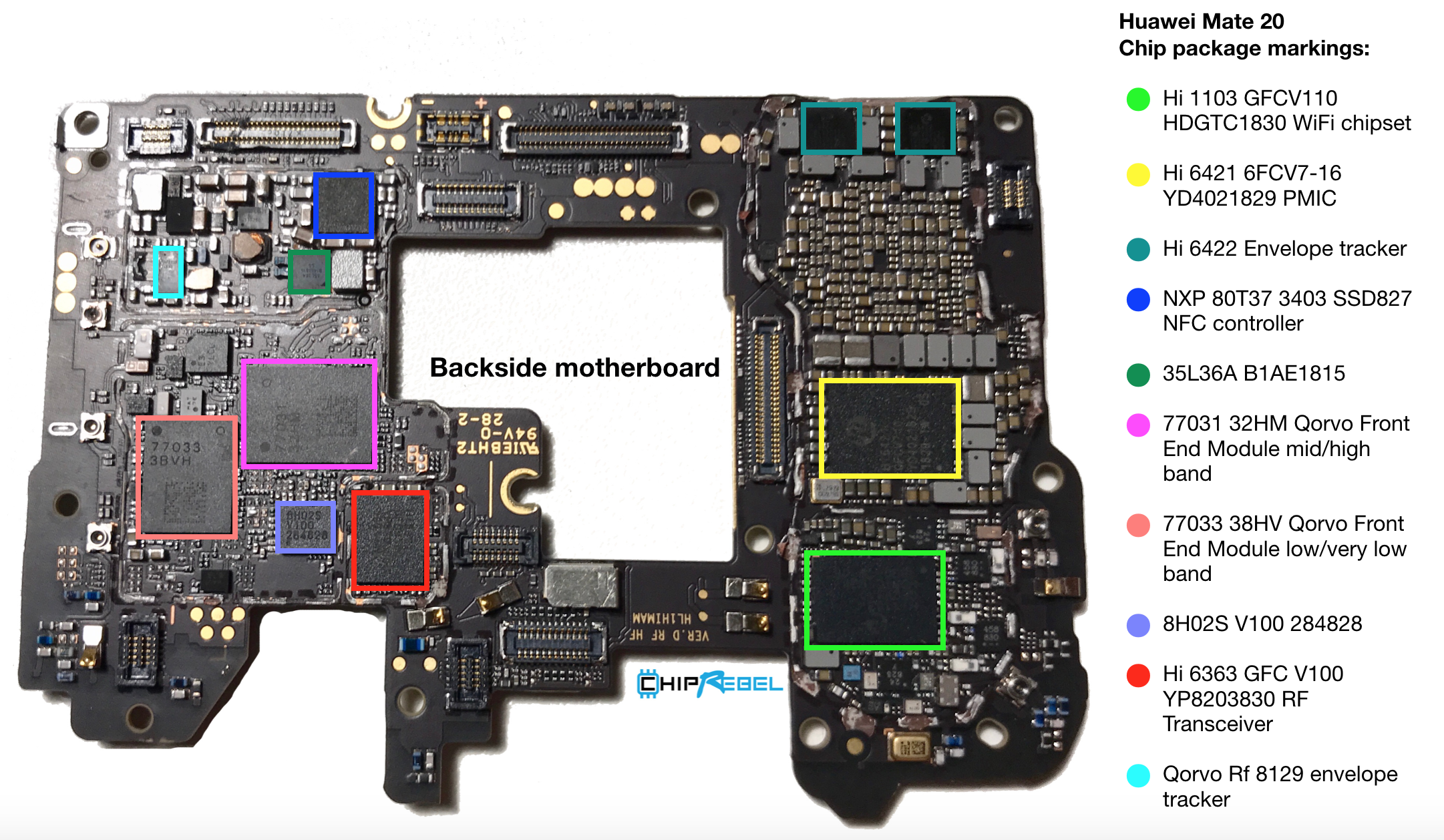